Carol Morley is an award-winning film director, screenwriter and producer, born in Stockport.

Her work includes the BAFTA-nominated ‘The Alcohol Years’, ‘Edge’ and the critically acclaimed documentary ‘Dreams of a Life’, released in 2011, about Joyce Carol Vincent, who died in her North London bedsit in 2003, but was not discovered until 2006. 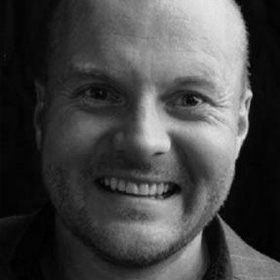 Mark Herbert is a producer and, as CEO for Warp Films, has created one of the most successful and cutting-edge independent production companies in the UK.

At our third-annual film festival, Mark shared how he started out in the film industry, how he progressed from a runner to producer of Phoenix Nights, and how, over the past ten years, he has worked with a whole generation of independent British filmmaking talent. 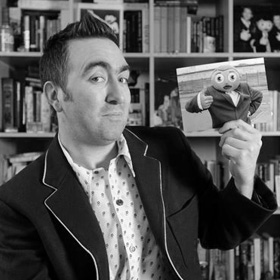 Steve Sullivan is an award-winning filmmaker currently making ‘Being Frank: The Chris Sievey Story’ all about the cult comedy character, Frank Sidebottom.

Steve currently divides his time between working on filmmaking projects and his role as a researcher at Moving Image Wales based in the CIRIC centre, Swansea.

In 2007, the Palic European Film Festival showcased a retrospective of his work, after which he was named their ‘Young Artist of the Year’.

In 2009, the Festival der Nationen in Ebensee, Austria, showed six of his short films, with his short film ‘A Heap Of Trouble’ winning the Golden Bear award. 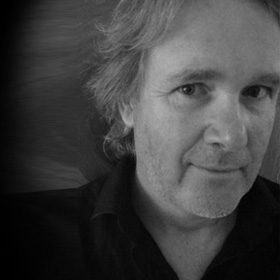 Mick Middles is a journalist and author, working as Mancunian correspondent for the magazine Sounds during the seventies and eighties.

His work also appeared in The Face, The Guardian, Daily Telegraph, Mail on Sunday and The Daily Express. He is the author of around 13 books that include biographies on New Order, Mark E Smith, Mick Hucknall and the Stone Roses.

Mick appeared as a guest speaker at Screen Stockport’s ‘The Smith’s On Screen’ event, talking about how the iconic Manchester band were heavily influenced by film and television. 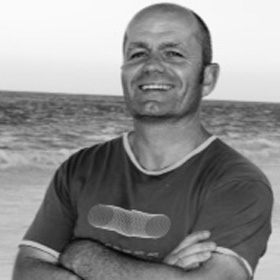 Len Brown is a network TV executive producer, specialising in arts, travel, music & sports programmes. He is also a self-shooter filmmaker and editor, as well as freelance journalist and author.

Born in Scotland and brought up in Newcastle Upon Tyne, Len worked as a journalist on the East End News and the South Shields Gazette before joining the staff of the New Musical Express.

In TV terms, he trained at Granada and the BBC in Manchester, and went on to produce many documentaries for the BBC, ITV and Channel Four.

He is the author of the acclaimed biography, Meetings with Morrissey, named by The Independent of the best rock biographies of all time.

Len has also been a media tutor at various University and FE institutions and currently works for the Indie Training Fund.

Len appeared as a guest speaker at Screen Stockport’s ‘The Smith’s On Screen’ event, talking about how the iconic Manchester band were heavily influenced by film and television. 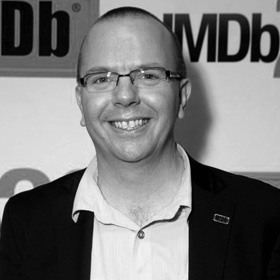 Col Needham is the CEO of IMDb.com, the world’s largest movie database with over 52 million registered users, and a patron of Screen Stockport Film Festival.

Col’s interest in technology started when he was a student at Audenshaw School, which he then built on through studying computer science at Hyde Sixth Form College and Leeds University. During his school days, he also had a weekend job working at Currys in Stockport selling computers to the general public.

During the VHS revolution in the late eighties, Col decided to start a film diary recording a list of all the films he’d seen and all the actors appearing in them. He soon realised he could use his skills to create a database to house all the information he’d collected and upload it online for other people to see and add to.

Col published the first version of IMDb online in October 1990 and co-ordinated IMDb as a worldwide volunteer effort from 1990-1996.   IMDb incorporated in January 1996 with the volunteers as shareholders and IMDb became a wholly owned subsidiary of Amazon.com in April 1998.

Col continues in his original role to this day, working from an office in Bristol with IMDb staff members in countries around the world.  He continues to be an avid supporter of independent film and regularly supports Screen Stockport Film Festival through the sponsorship of IMDb and his commitment as our festival patron. 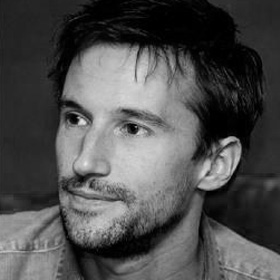 Mat Whitecross is an award winning director whose debut documentary ‘The Road to Guantanamo’ earned him the Best Director award at the Berlin International Film Festival.

His second documentary feature with Michael Winterbottom, ‘The Shock Doctrine’, an investigation of “disaster capitalism”, based on Naomi Klein’s best selling book was an official selection for both the Berlin International Film Festival and Sundance Film Festival.

Mat has directed both Coldplay’s ‘Lovers in Japan’, Paradise’ and ‘Charlie Brown’ music videos, which have a combined total of views on YouTube of over 160 million. 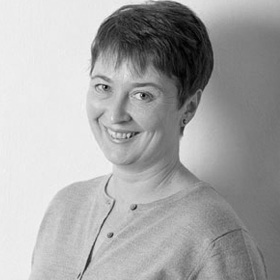 Helen Bullough is Head of CBBC Productions and is the editorial lead for the vibrant and successful in house department at MediaCityUK, Salford.

Helen’s department produces everything from award-winning dramas like ‘Tracy Beaker Returns’ and ‘The 4 o’Clock Club’ to key interactive output for the CBBC website.

The CBBC department is also in charge of flagship brands like Blue Peter, distinctive factual strands including Newsround and its in depth specials, and engaging entertainment from performers like Sam and Mark and Dick and Dom. 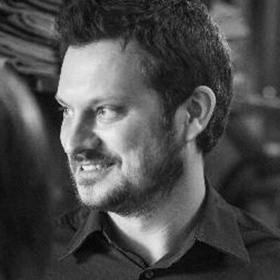 Danny Lacey is an entrepreneurial filmmaker from Leeds, West Yorkshire. Danny bypassed film school and decided to go the self-taught route by just getting out there and making films in 2009.

A complete contrast from the seventeen years spent as a radio broadcaster and business owner.   The unique aspect of Danny’s journey is the way in which he’s sharing his film making journey on social media sites like Twitter and on his film making website.

Between 2010 and 2012, Danny has written, produced and directed 3 short films (Love Like Hers, Host and That Day) and is now working on two feature film projects and a TV pilot, as well as running a video production business.

Highlights of Danny’s filmmaking include working with amazing actors like Vincent Regan and Raffaello Degruttola, and two short films (Host and That Day) with cinematographer Philip Bloom.  The Filmmaker’s Journey is an open and honest account of Danny’s progress and includes hours of online video as well as a live workshop with special guests. 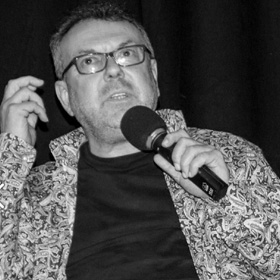 Andy Wood is a digital entrepreneur and creator of Hypergallery, The Whole World Band app and a board advisor to Cubic Motion.

Andy has worked with 10cc member Kevin Godley on the Whole World Band app and singer Peter Gabriel on the WOMAD Festival.

He has also worked on establishing the L.A studios for Image Metrics, the performance based facial animation studio who work on the Grand Theft Auto and Harry Potter games. 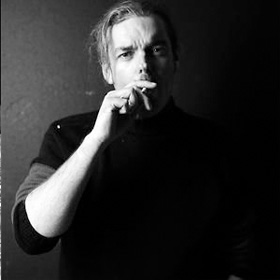 Jean-Paul Bankes-Mercer is a writer and director of comedy and drama.

J.P.’s short film ‘The Donor’ is currently on the world festival circuit having had the world premiere at the ‘Phenom Film Festival’ in Lousianna USA.

J.P. also appeared on the final episode of the ‘Young Apprentice’, brought in to help film a viral video campaign. 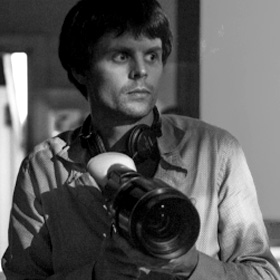 Phil Hawkins is an award-winning director who, in 2011, directed ‘Being Sold’ the fastest feature film ever made. The film won the ‘Best Film’ award at LIFF 2011 and was shot in just two days in Cheadle, Stockport.

Phil directed his first short film when he was 13 and since that time has continued making shorts and promos regularly. It was through the experience of writing, directing and editing his own films, that he has honed his skills as a filmmaker. His early passion for the theatre provided an invaluable insight into writing, working with and directing actors.

After writing and directing a short film for the BBC, Phil fell into the commercials industry. He worked his way up the ladder from Runner to VT Op, Camera Assistant, 3rd Assistant Director, 1st AD and then Director. His first commercial won a Roses Advertising Award and his work has since won over ten advertising awards.

His first feature THE WOMEN OF TROY won Best Director at the New York Independent Film Festival and is on sale internationally on DVD. Philip Pullman’s THE BUTTERFLY TATTOO was Phil’s 2nd feature and won him another award for Best Director at the same festival as well as Best Adaptation.

Phil was also the only filmmaker from the UK to appear on Fox/Dreamworks reality television show “On The Lot” for filmmakers. He was personally selected by Steven Spielberg to appear on the show after watching his short film ‘Commandeered’.

In 2012 Phil launched The Philm Company, a features production company. The company was set up to develop and produce a slate of film projects by new and established writers.
Under The Philm Company banner, Phil wrote, produced and directed the psychological thriller THE LAST SHOWING which is due for release internationally in 2014. The film stars Robert Englund (Freddy Krueger), Finn Jones (GAME OF THRONES) and Keith Allen (TRAINSPOTTING).

He has also completed the ambitious short film THE FLYING LESSON featuring aerial stunts in a WWII biplane and A DAY IN THE LIFE OF A BATHROOM MIRROR starring Tim McInnerny (Blackadder, Notting Hill). 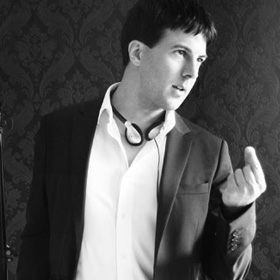 Matt Bloom is an award-winning Manchester based director of TV, commercials and short films.

A graduate of the Newport Film School, he has directed over 30 hours of terrestrial television. He puts profits from his TV work back into producing short films, often in the sci-fi or comedy genre.

His recent wins include a Royal Television Society Best Drama award for film “On The Out” and a Best Short Film award at the London Independent Film Festival for horror “Endless”, which is now Official Selection at 20 worldwide festivals.

He is mentored by Moulin Rouge director Baz Luhrmann, who contInues to guide and support his career. Some of his favourite films are 2001, Eternal Sunshine Of The Spotless Mind, Blue Velvet, The Empire Strikes Back, Once, Pi, The Exorcist and It’s A Wonderful Life.